Welcome to 7 Pot Club. I’m Rob. 🎵 I grow hot peppers 🎵 Another summer has come and gone. The days are getting shorter, and soon Jack
Frost’s frigid fingers will officially end outdoor pepper growing for the season. So it’s time for my annual My Favorite Peppers
episode, where I taste 7 of my favorite hot peppers of the summer. I’m out here on the deck on one of the last
really warm days of the season. I thought I would class it up a little this
year and wear a nice shirt and pour my beer into a glass.

I always have a beer at hand to cleanse my
palate between bites. This year it’s First Avenue +1 Golden Ale
from local Surly Brewing. First Avenue is the legendary Minneapolis
nightclub that has served as the launching pad for artists like Prince, Lizzo, Soul Asylum,
The Replacements, Semisonic and so many others. The key to +1 is balance and simplicity. Sounds like this brew will also be a perfect
companion for tasting peppers. So let’s get started! #7 is the KS White Thai. I got these seeds directly from the creator,
the one and only Khang Starr. This is looks a lot like some of the classic
Thai varieties, but it has a more rounded tip. These are an ivory white at their earliest
stage of development, then they turn, purple, orange and finally red when fully ripe. I have one white with some tinges of purple
on it, and a red one here for comparison. Let’s slice them open and take a look. Relatively thick-walled, filled with seeds. Now here’s the red one. Now that’s rich, not fruity.

It’s got a nice bite to it. Crunchy, hot, not overpowering. Let’s compare with the white. Less heat, less flavor. I think if you really want to enjoy these
you should wait until they turn red. As far as the red ones, go, oop. Airplane. Gives me a chance to have a sip of beer. Mmm, that is good. Dry and crisp. This is perfect for enjoying peppers. I think this would be a great pepper for making
Chili Crisp, and is perfect I would think for any type of Asian food. So that’s #7, the KS White Thai. Now, #6. Already got some tiny hiccups going. [hiccup] And that was the mild one. So, who knows what’s going to happen this
year. #6 is the CGN 24360. These seeds are from Matt’s Peppers. It’s a Capsicum chinense variety from Brazil. If you’re wondering about the strange name,
it’s because it’s part of the collection of plant seeds held by the Centre for Genetic
Resource in the Netherlands.

All the info about CGN varieties can be found
in their database. It’s quite fascinating, and if there’s
interest, I might cover CGN in more depth in a future episode. Let me know in the comments. It’s obviously very similar to Aji Charapita,
but a little smaller. I don’t know how easy it would be to slice
one of these lengthwise, but let’s give it a try. There are actually more seeds in here than
you would think there would be So I would guess that there’s probably 6 to 8 seeds
in the pod.

I really like this. I really, really like this. It’s a little fruity, and it’s just the
right size. One pepper is just the right amount to spice
up one bite of food. And that’s why I pop these by the handful
during meals, fresh, all summer. And why I continue to use them is all sorts
of stir fries, soups, stews, uh, cup of noodles. Taking them down to our local Vietnamese restaurant
to add to the Pho. Anything. I think these are great. This has now become one of my very, very favorites. And it would probably be #1 except that #1
is usually the hottest one that I eat each time.

Anyway, that’s CGN 24360. Not much of a name, but what a pepper. And, uh, let’s move on to #5. #5 is Pimenta Diomar. It’s another of the Brazilian chinense varieties
sent to me by Matt’s Peppers. Some people classify these as an ornamental
because of the toy top shape of the pods. But the plants are very prolific, and they
pack a moderate amount of heat, and are they are quite tasty.

So medium-thick walls, I can see some oil
in there in the placenta. Let’s give it a taste. I like it. If the planes would just wait until I was
chewing each time, then that would work out really good for me. You listening to me up there. This is really good. These do vary a little bit between pods, but
I would say this is a little lower in heat than your average Habanero or Scotch Bonnet. But it’s so tasty. It’s fruity, not too fruity. It’s one I really, really like. I’ve been eating a whole lot of these. I think these would be great in making a sauce. Would probably also be great for drying and
using as a powder to flavor foods. And I really, really like it. #5, Pimenta Diomar. #4 is FP Faddas White F4. This is a really neat pepper. I got the seeds from Juanita de Jesus. 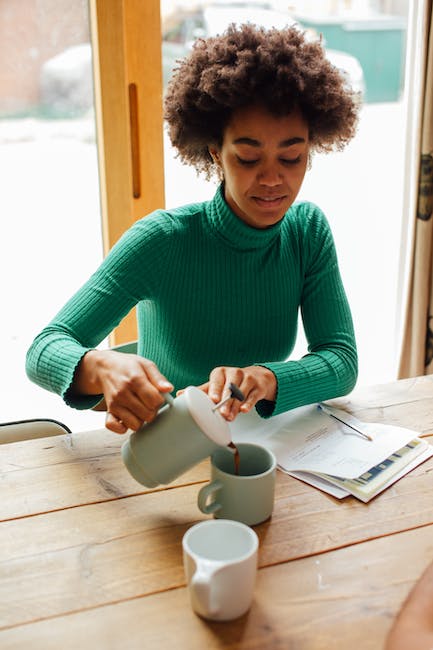 It was developed at the Faddas Farm in Italy,
and is a natural color variation from a cross of two ghosts. The photos I’ve seen of the pods show them
as milk white, but most of mine have ripened to an ivory or cream color.. This pod is one of the whitest. A very unique pepper. Let’s slice it open. So it’s got pretty thick walls for a Ghost
Pepper.

And I’ll be honest with you. This is my favorite because of the appearance,
and I’ve actually yet to taste one of these. So there’s no better time to do so than
right now. Let’s go. Very mild, for something that’s bred from
Ghost Peppers. I mean, I’m not saying it doesn’t have
a kick. It’s milder than I though it would be. But very, very tasty. You know, I would classify, just like the
last one I would classify this as kind of an ornamental because of its unique coloration
and shape, but is also a very tasty pepper. And this is definitely one that I am going
to grow, and I am going to try and figure out the secret to making them pure white.

Very interesting pepper. Definitely deserves to be on of my favorite
peppers of 2021. Hot Paper Lantern is a chinense from Peru. I’m not sure if this can be classified as
a habanero, but it’s definitely in that heat range. It’s early ripening, which is great for
a northern climate like ours. It’s also very prolific, and just a couple
of pots will produce a whole lot of pods. Now, as you can see, this is fairly thin-walled. So here we go. I really like these because you get some intense
sweetness when you bite into them, then you wait a minute and the heat starts kicking
in. But it’s you know, Habanero level heat,
very manageable, very tasty, and this has really become, you know, my go-to Habanero. And that’s why it’s one of my favorite
peppers this year.

#2 is Naga Smooky Rainbow. Now that’s a name to reckon with. I saved these seeds from a pod sent me by
my friend Smokey Joe. This is the clown prince of peppers, with
ripples, curves and all sorts of loud and brash color combos, finally ripening to red. There seems to be a wide range of heat, with
some pods almost mild while others are near superhot. Just ask my friend John Sauer about that. Like FP Faddas White, I believe this is a
cross of two ghosts. So I would expect a fair amount of heat. Let’s investigate. Thin-walled, this one, I'm not sure if I
should be scared or not. But here we go. I would say, superhot adjacent at least, maybe
not superhot, but plenty hot. I’m feeling it in my ears. Some you get the fruit taste and then you
get the heat. This one, I got the heat first, and then I
got the fruity taste afterwards. I’d like to grow this again. I hope I have some more seeds.

We only have one left, the Trinidad Scorpion
Moruga Green, seeds again from Semillas La Palma. I’m fascinated by green-ripening peppers,
especially, you know, how do you know when they’re ripe? I’m pretty sure that the bronze patina on
this one imeans that this is the ripe state. I’ve eaten a couple of these in the unripe
state, and for some reason I have a problem deciding if they are blistering hot or just
pretty hot. They have this kind of effervescence that
makes them kind of like spicier, like eating pop rocks or something. And I couldn’t tell how much of that was
heat, and how much of this was something else, that’s inexplicable to me Maybe this riper version will answer the question. But let’s bisect it first. OK. So. It’s thin-walled, there’s some oil in
there.

Not a fairly large placenta, and I’m not
really sure what to expect. But we’re going to go through this together. Here we go. Here again, you know, tingly and lively. Really hot, but entertaining. I think, you know, this is the kind of pepper
that I think you want to bite into itself rather than adding it to food because it’s
just such fun. It’s like a party in your mouth. I’m so glad that I grew this one. Green-ripening peppers are so very interesting. My #1 pepper last year, the Gator Jigsaw,
also a green-ripening pepper. And if you know of any more, let me know in
the comments. I really kind of want to explore this aspect
of superhot peppers. And those are my favorite 7 hot peppers. See, you can tell it affected me, because
I can’t keep my words straight.

These are My Favorite Hot.Peppers for 2021. I hope you enjoyed the tasting. I hope you enjoyed the song. If you’d like to see more, you can help
us grow by liking this video, subscribing to our channel, and tapping the bell to be
notified when we post new episodes. Check out all our 7 Pot Club logo and hot
pepper-related apparel and other merch at 7pot.club/merch. I have a mouthful of saliva, I had to swallow
there. If you’d like a free 7 Pot Club Membership
Card and stickers, get the details at 7pot.club/card. And for even more 7 Pot Club, follow our daily
exploits on Facebook, Instagram, and Twitter. For 7 Pot Club, I’m Rob..

Trying The Cheapest Keyboards on Amazon…