As one of the five most valuable companies
in the world, consumer giant Amazon needs a plush, statement headquarters to call its
own… or rather, in this case, two. Join us as we explore the development and
construction of the company’s second American hub. When Amazon unveiled plans to build their
new, second headquarters in 2017, the company received no less than 230 proposals – requests,
really – from cities and states across the US to build on their land. Each saw the benefits for their area, and
was looking to become the new site of what would inevitably be the tech firm’s latest
crowning glory.

After the glut of proposals, Amazon had originally
planned to jointly locate its newest headquarters in New York, but after local protests including
the storming of an Amazon store, ultimately settled on only one perhaps less obvious location. Arlington, Virginia, will be the host for
the company’s plan to make a 100% renewable-energy sourced hub called ‘HQ2’. The site, which Amazon is at pains to paint
as a public, community location, not a company campus, will include an extraordinary ‘Helix’
building, and cost a total of around 5 billion dollars.

With early construction already underway and
the latest phase – including the Helix – scheduled for completion in 2025, the new site will
be a major boost for Arlington, which is expected to benefit to the tune of 25,000 or so new
employees, and a transformed city skyline for the spot not too far from Washington D.C. As well as ‘HQ2’, the location will be
known as ‘PenPlace’, and will transform a previously fairly drab neighbourhood. The site will serve in addition to Amazon’s
current main location in Seattle, with the new site ultimately set to contain 2.8 million
square feet of office space, with the latest phase adding three new 22 storey buildings. That Helix focal point, jokingly called a
‘glass poop emoji’ by some commenters, is in fact a really quite beautiful looking
350ft tall swirling inverted cone, featuring plenty of greenery and some spectacular looking
outdoor walkways.

Physical exercise and mental well-being are
both emphasized heavily in the intent of the design, which uses the concept of ‘biophilia’
– a human desire to connect with nature – in a similar way to the company’s series of
biodomes at their original headquarters in Seattle. Lead architect Dale Alberda of the firm NBBJ,
previous designers of corporate buildings for the likes of Samsung, Google and Microsoft,
says of the broader space “We're building a series of indoor atriums and gardens that
are not a conservatory or a place you just visit, but a place you can actually go and
work." The project is so important to NBBJ they have
opened a new office in Washington DC, just to be nearby.

The greenery – which will be tended to by
a team of horticulturalists – will be abundant on the inside and outside of the Helix structure,
where it will enclose a series of “alternative work environments” for employees to engage
in meetings and social calls. The Helix, though, is not the site of offices
themselves – these will be located in more conventional nearby structures. Instead, it’s a kind of escapist hub, where
work will be combined with connection to nature and, ideally, the company says in their press
releases, a feeling of wellbeing. Inside, there will be a meeting centre capacity
of more than 1,500 people, and an artist in residence scheme in place to assist with the
creative side of the community. It’s notable how little Amazon has revealed
about the more day-to-day offices, perhaps because they just aren’t all that exciting
compared to the Helix and the surrounding parklands. Amazon already owns and rents a number of
large office buildings in the area, and will essentially expand in a similar way. The new structures will form a kind of hub
for the company’s presence in the area, in the otherwise rather drab and conventional
Crystal City part of Arlington.

The Helix itself is expected to be open to
the public a couple of weekends a month. The green ethos extends to the building’s
carbon footprint, too. The entire complex is expected to run on solar
energy, but you won’t find the solar farm enabling this nearby. Instead, it’ll be constructed 200 miles
away in Pittsylvania County, South Virginia, with the power transported to Arlington. Other green energy aspects of the project
include a natural ventilation system, and a system to recycle rainwater. All of the new buildings are also designed
to maximise the use of sunlight, and so reduce the requirements for artificial lighting. 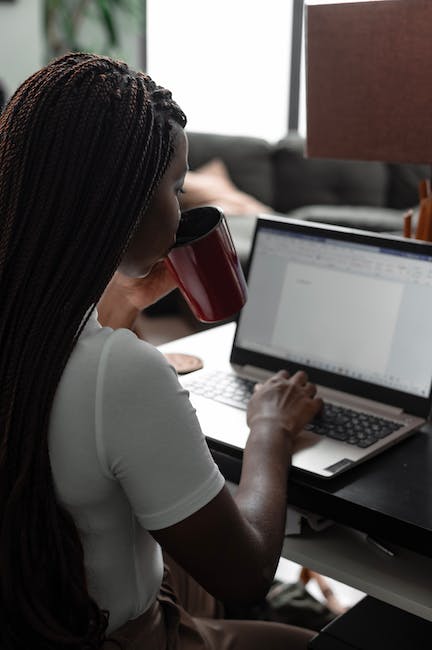 The complex as a whole will be LEED Platinum
accredited, the highest certification for sustainable development available from the
US Green Building Council. Many of the features of the complex, in fact,
are future leaning, with Amazon making it clear their new development is intended to
be a long-term investment, and, after their New York protest experience, emphasizing the
importance of maintaining the support of the community in Arlington as the project develops. They’ll even be assisting in creating 1,300
affordable homes in the area through a further $2 billion fund, something cynics might argue
the rest of the project – likely to drive up the cost of local housing – otherwise goes
emphatically against. Whatever the impact locally, naturally the
new site will be a massive boom for Amazon, and the site will come with plenty of benefits
for locals who can afford to stay in the area, too.

The campus is expected to be open to the public
in its outdoor spaces, which will come to 2.5 acres of beautiful looking landscaped
lawns and gardens. On site, you’ll find biking trails, bike
parking and charging points for electric cars, as well as lots of non-Amazon businesses amongst
the sculptured parkland. Outside of the Amazon offices themselves,
there will also be a 250-seat outdoor concert venue also suitable for screening movies,
dog-walking parks, day care facilities and spaces designed to accommodate food trucks. The ground will be sufficiently varied to
even contain their own hiking trails, one of which will circle around the outside of
the Helix building.

Farmers markets will be part of the set up,
as well as other retail spaces at ground level. In fact, the ground level of the whole system
is supposed to make PenPlace feel more like an ultra-modern city block than the headquarters
of a huge multinational, with the architects hoping it might not even be clear you’re
at HQ2 when you walk around. The project essentially rejects the idea of
corporate branding, at least externally, in favour of positive community relations. Designers hope the site could become a tourist
attraction, too, with downtown Washington, across the Pontiac River, just 15 minutes
away by subway, making the site close to the capital both appealing to would-be employees
and easily accessible to visitors.

With its natural but also hi-tech looking
swirling helix design very much at the heart of Amazon’s plans and what will be the new
Arlington skyline, it’s perhaps no surprise to learn where the inspiration comes from. Alberda describes the mix of native plants
and manicured gardens that will make up the helix’s swirling outdoor space as: “drawing its formal inspiration directly
from the natural world, where the double helix geometry can be found in many forms, including
plants, seashells, DNA strands, and even our galaxy.” In a world going increasingly for online working,
this is also a statement of intent.

Unlike some of its rivals, Amazon has recently
emphasized the importance of having its employees in physically the same space, for the exchange
of ideas and development work. Pen Place is intended to be just that place. Of course, there are other benefits, too,
not least in the tax breaks and incentives the city of Arlington has offered the corporate
behemoth as part of fighting off those 200 plus other locations vying to host the multinational. Tax breaks are thought to total around $573
million, or more than a tenth of the construction outlay, but do depend on Amazon creating 25,000
jobs with an average salary of more than $150,000 in Arlington over the coming years. The city, we suspect, won’t do too badly
when it’s all added up. New York’s planned tax breaks had been still
higher, at over 1.5 billion dollars. But what about the new site? Will it help Amazon’s image? Is it somewhere you’d like to work? Or is it all just futuristic poop? Tell us in the comments..

How To Make Money With Amazon With Zero Selling And Zero Experience [EASY!]