10 Bugs That Can Literally Kill You Part 3
While bugs are an essential part of the food   chain, some are dangerous to humans and
animals. Some bugs are among the most   dangerous, with toxic venom, the ability
to transmit deadly diseases, and more.
Hey guys, and welcome back to
another episode of Stay Wise.   Since you all loved our video "10 Bugs That Can
Literally Kill You", today we bring you part 3! So   if you haven't watched part 1 and part 2 already,
make sure you do that. Don't forget to smash the   like button and subscribe to our channel if you
haven't yet! All right then, let's dive in…
10. Southern flannel moths
The Southern flannel moth is a   fluffy little critter with a wingspan of
about 1 inch that can be found from New   Jersey to Florida but is most common in Texas.
It's not the moth type though, which you should   be concerned about. The venomous spines of its
larva, known as puss caterpillars, sting you,   and the intensity of the sting are determined by
the thickness of your skin where you're stung.
Because of its venomous spines, the
caterpillar is considered a poisonous insect.   When the fur-like spines of the caterpillar
come into contact with the skin,   it causes a "grid-like hemorrhagic papular
eruption with extreme radiating pain." The   pain is described by victims as being close to
that of a broken bone or blunt-force trauma,   or even as white-hot.

The reactions are often
localised to the affected region, but they are   often intense, causing burning, swelling, nausea,
headache, abdominal discomfort, rashes, blisters,   and sometimes chest pain, numbness, or trouble
breathing. Sweating from welts or hives at the   sting site is not uncommon. Burning pain and
swelling occur immediately after the sting.
9. Emerald Ash Borers
The emerald ash borer   is Public Enemy No. 1 for those who
depend on ash trees to pay their bills,   as well as environmentalists seeking to
protect the country's untouched land.   While the insect does not pose a direct threat
to human health, it does pose long-term economic   problems for the country as a whole. The annual
contribution of forest-based manufacturing,   recreation, and tourism to the New York state
economy is projected to be over $9 billion,   according to the New York State Department
of Environmental Conservation.

However,   with this invasive species steadily consuming the
state's vast ash tree populations, New York alone   could lose millions of dollars in the coming
years if these insects aren't eradicated.
8. Asian Citrus Psyllids
Asian citrus psyllids are a major threat to   citrus plants and their relatives in states where
temperatures are consistently warm throughout   the year. These insects, according to the US
Department of Agriculture, are carriers of a   bacterium that causes Huanglongbing disease, also
known as citrus greening disease, which is one of   the most dangerous citrus plant diseases in the
world. Asian citrus psyllids and the disease they   bring have proven to be devastating to those who
depend on citrus plants for a living. According   to the Atlantic, orange production in Florida fell
sharply in 2015, by 63 per cent to be exact. So it   should come as no surprise that these little bugs
have cost the agriculture industry a significant   amount of money since their discovery.
7. Bed Bugs
A bed bug infestation is everyone's worst
nightmare. These pests are not only difficult   to get rid of once they've taken up residency
in your house, but they also enjoy feeding on   human blood and leaving unpleasant, itchy bites in
their wake.

Bed bugs are masters of concealment,   and research suggests they've been plaguing
humans for thousands of years. Infestations   of these critters should be taken seriously. In
hotels, on luggage, and even in folded clothes,   bed bugs can be identified. While bed
bugs are not known to transmit diseases,   they can cause insomnia and even secondary skin
infections as a result of itching. If you suspect   you're dealing with a bed bug infestation, call
an exterminator as soon as possible. After all,   one out of every five Americans has dealt
with these pests or knows someone who has.
6. Lice
Make sure you check your   children for head lice after they play outdoors
this summer. While lice do not often pose a   life-threatening threat to their human hosts, they
can be a very bothersome nuisance.

Head lice are   present all over the world, but in the United
States, 6 million to 12 million infestations occur   each year among children aged 3 to 11. Although
the bugs themselves are not harmful, they are   difficult to eradicate. It can spread quickly, and
cause secondary infections as a result of itching.   Head lice can cause symptoms ranging from severe
itching to small red bumps on the scalp, ears,   and shoulders, according to the Mayo Clinic.
5. German yellowjackets
People must keep their dangerous insects on
a leash at all times. The buzzing bullies   were inadvertently brought into the United
States in Ohio in 1975, and they've been a   concern ever since.

Yellowjackets will build
their nests anywhere they can find space,   such as attics and under roofs, and they aren't
afraid to sting you repeatedly if you annoy them.   They're a threat because they like to make nests
in attics and walls of buildings close to people.   In the spring, German yellowjackets will create
new colonies, and by July, a single nest in your   home may have over 4,000 wasps living in it. 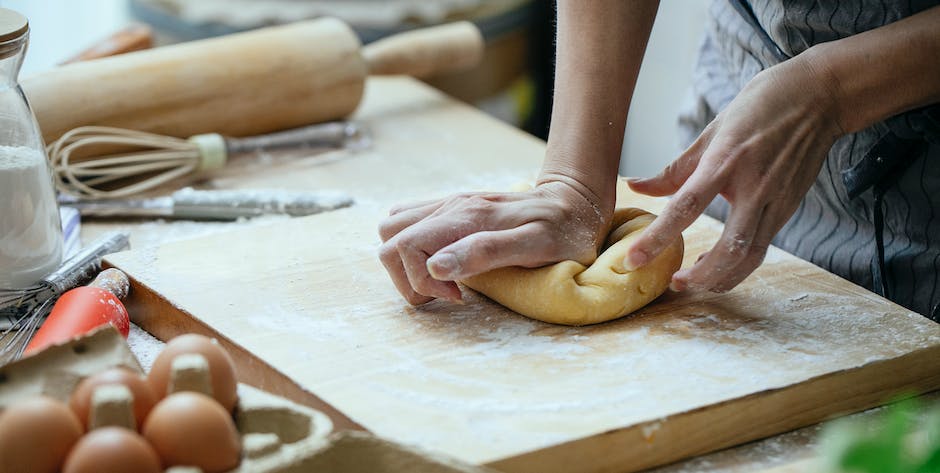 To
stop a stressful scenario, don't leave food out,   as they enjoy sweets, and always have a
screen on your doorways and windows.
4. Wolf Spiders
Unlike other venomous spiders,   wolf spiders can be found almost anywhere on the
planet, regardless of habitat. What's the good   news? Although they can appear to their prey to
be extremely dangerous, they aren't as likely to   harm humans. While their bites contain venom,
they are not fatal. I hate to break it to you,   but you've almost certainly seen a wolf spider
at some point in your life.

Wolf spiders are   found all over the world, but there are over 200
species native to North America. The way females   hold their eggs in a sac on their backs is the key
reason you should be afraid of these creatures.   Hundreds of spiderlings can be released if you
squish a female wolf spider. A wolf spider, on   the other hand, can inject poison into its pursuer
if it feels constantly provoked. When you've been   bitten, you're likely to feel swelling, moderate
discomfort, and scratching at the bite site.
3. Termites
Termites aren't technically harmful to humans   because they aren't known to bite humans, with
the exception of soldier termites. These pests,   on the other hand, can infest homes and cause
thousands of dollars in damage, making them a   financial risk and earning a place on the list.
Termites are a pest that can be found in any   state in the United States except Alaska, but they
are more prevalent in the South, Southeast, West,   and Southwest. Termites, unlike some of the other
insects and arachnids on this list, are not toxic,   but they are also harmful.

Termites can cause
damage to your house, allowing mould to develop,   which can lead to a variety of health issues.
If someone you know has been suffering from   the common cold for a long time, you might have a
mould problem caused by a termite infestation.
2. Saddleback Caterpillars
Some caterpillars are cute,   but others should not be messed with. The
saddleback caterpillar is a brightly coloured   caterpillar with poisonous spines that
can be found in the eastern United States.   When these creatures feel threatened, they
embed their long spines into their victims,   according to the University of Florida's
Entomology and Nematology departments.   Unfortunately for anyone or anything that
comes into contact with these prickly spines,   their venom is hemolytic and blister-forming,
causing direct tissue damage in its victims.
In humans, however, this sting causes only
mild to moderate pain, while some people who   have been stung say that it is more painful
than a bee or wasp sting. Erucism, a disorder   characterised by headaches, haemorrhaging, and
anaphylactic shock, may be caused by its venom.
1. Asian giant hornet
The Asian giant hornet is the world's   biggest and deadliest hornet. Though this insect
has been dubbed a "murder hornet" in recent years,   their official name is Asian giant hornets, and
they are the world's largest wasps.

The hornet   is a native of East Asia and Japan, and while
no one knows how they got to the United States,   they can be devastating to honeybee colonies, and
their stings kill 30 to 50 people in Japan each   year. This beast is said to have been discovered
in Virginia and Illinois, and its venom is so   potent that it can kill red blood cells and cause
a human's kidneys to shut down. According to CNN,   these giant bugs caused 42 deaths and 1,675
injuries in Chinese people in 2013.
Well, that's something we wouldn't wanna go
through, right? Who would have thought that   these little creatures can really become
some evil and dangerous creatures!
Now I have a question for you! Would you like to
start a cool YouTube channel just like Stay Wise?   and would you like to earn money when people watch
your videos? Well, we can help you do it! Check   out the links in the description of this video for
more information.

With that, we have come to the   end of the video. Don't forget to smash the like
button, subscribe, and ring the notification bell,   so you don't miss any of our latest videos.
See you in the next episode of Stay Wise!.

How To Make Money With After Effects Templates – NO EXPERIENCE!

4 Skills You Should Learn During Lockdown (WILL MAKE YOU MONEY)